The 2017 Rochester Marathon: A Postmortem

Postmortems are used in the business world to analyze a project after its completion. What went right? What went wrong? What could we do better next time around? This is an attempt to do the same for a race.

As I want all of my clients to do this after their goal races, this will not only serve as a record of my 2017 Rochester Marathon experience, but also serve as a template for others to use in the future.

Course Description: Hilly with 1,184 feet of elevation gain; Mostly pavement with 1-2 miles of crushed stone and ½ mile of wooden planks. The course is roughly 2 loops.

Pre-race: I knew the weather would be warm, so I made sure to do a good job of staying hydrated in the days leading up to the race. I also had a reasonable amount of sleep the night before the race and the nights leading up to it, although I could always have used a bit more. I had some scrambled eggs and home fries about 2.5 hours before race start along with ½ of a Powerade Zero. I normally would just do a plain bagel and banana, but had leftovers in the fridge and wanted some eggs. I parked the car a few minutes after 6:00 a.m. and was on the bus to Maplewood Park, where the race starts, by 6:15 a.m.  My friend Laura introduced me to this guy Jeremiah at the start line who would be going about my pace.

During the race: For my 30th marathon, I tried two new things: (1) I ran shirtless. The forecast was for a warm day, and per the advice of my wife and my good friend Greg (who has a lot of experience running shirtless), I decided to go for it. I think I got a decent tan out of the deal. (2) I took a gel at the water stop about 30 minutes into the race. I normally wait until 45-50 minutes, but was concerned the heat would make it more important to get calories in early while it was still cooler and there was some shade on the course. I took four gels during the race, with each about 45 minutes apart. I used the water stops on the course, which was a mix of water and Nuun tablet infused water.

Pacing: I elected not to wear a pace band for this race. I didn’t want to preset expectations in my head. I wanted to see what the day brought and do the best I could. According to the official results, my race splits were perfect for the first half-marathon: 5K split: 21:16; 10k split: 42:30; 15k split: 1:03:47; Half-marathon (21k) split:  1:29:42. Jeremiah caught up to me at about mile 3 or so while I was trying to keep around 6:40-6:45 pace. At mile 3.5/16.5 there is a place called Turning Point Park, which from a scenery perspective, is quite nice. It has a boardwalk that goes over the water for a while. The problem is that the wooden planks seemed to sap the energy out of my legs, so what was a “6:45 effort” turned into a 7:00 mile. I’d compare it to the dirt canal path of the Lehigh Valley via Marathon, where the ground seems to take away any energy return from a foot strike, and then has a huge hill right after you leave the path.

Post-Race:  By the end of the race I was just plain old hungry. I could have eaten an entire pizza. Or maybe even two. Instead, I had several slices of Salavatore’s pizza in the food tent. Then I downed a pint of chocolate milk. Good enough. The recovery tent had the massage therapist and chiropractor I have been seeing, so it was nice to be able to get a head start on my “recovery” appointment the day after the race.

Well, um… yeah. That whole training thing didn’t go so well. Rochester was my fourth marathon of 2017, and as mentioned before, 30th marathon total. My training over the winter for Boston 2017 was nearly devoid of running due to a random knee injury I sustained in late December. Two weeks after Boston was the NFL Hall of Fame Marathon in Canton, and then the Sugarloaf Marathon in Maine in May. All the while I was having issues with my right ankle. Specifically my Achilles tendon. But I was “managing” it and carried on, as runners do (even running coaches who are much better at providing advice than taking it). I took two weeks of recovery after Sugarloaf and started my Rochester Marathon training. I was very motivated to do well and achieve my goal. Rochester provided an opportunity to qualify for both Boston 2018 and Boston 2019.

Then Tuesday, July 18th happened. I went for a run with my friend Greg that morning, which was my first “good” run in a while. Then I ran again in the evening. During the evening run, I put a little speed work in and ended up with a burning sensation in my right Achilles tendon. That’s where things went downhill pretty quickly. I managed two more weeks of training before I knew I needed to go see a specialist. So, since the beginning of August, I’ve been seeing a massage therapist who specializes in Active Release Therapy, a chiropractor (for the first time ever), and even gone through acupuncture (also for the first time).

The pain in my right Achilles tendon was getting so troublesome I was afraid to run at all, in fear of inhibiting its recovery and jeopardizing the marathon. I attempted to make up for lost fitness by doing the occasional spin class at the gym, pool running here and there, and on the stair climber. I also worked on my leg strength to somehow get me over all of those hills on the Rochester Marathon course.

My mission was a success through mile 14. I managed to put together one of the most evenly run efforts of my running career, all the way until my legs just ran out of gas. I ended up walking several time over the last parts of the course. I had lost Jeremiah at a port-o-john that was marked as vacant (but unfortunately was occupied) around mile 7. He caught up around mile 16, and was also not having the greatest of days. We pushed through, cobbling together bouts of running as we could. Later in the race, Mark Andrews, the 3:30 pacer, came running by. We both joined him for a bit. I had a flash of hope that I could use the pace group I normally lead at this race to help get me to the finish line. Alas, I kept up for about ½ mile and then faded once more.

What would you do differently in the future?

Not to ignore the “little things” when it comes to training. The yoga classes. The stretching. The consistency of running week-to-week.

What overall rating would you give your race (from 1-10)?

I’d give this race a 10. It had everything that you could ever want from a race. It made me realize, as marathons have a habit of doing, that running is meaningless without the context of life. We run to stay healthy, be fit, to have an excuse to eat more, and to deal with stress. As I was running through the Riverside Cemetery during the tail-end of mile 14, I knew my BQ chances were over. My legs had been gradually turning to lead over the prior miles, and felt like I should have already finished the race instead of being a little over halfway finished. I stopped to walk. I stretched. I did some leg swings by a fence post. I walked some more. I was in 6th place overall (according to a spectator prior to entering the cemetery) and there were no runners and no spectators. Just me and the graveyard. While it may have been the end to my 7-year Boston Marathon qualifying streak, it was also the beginning of something new, and something much more important. I’m going to be a father at the end of October this year. My amazing wife Heather is planning on running her 11th consecutive Boston Marathon only five months later. I vowed to do the best I could in supporting her training through the winter. I also looked forward to spectating in one of my favorite cities next April while having our baby in tow.

The Rochester running community is amazing. From friends handing out cold towels along the course (Thanks, Elaine!) to words of support and high-fives from spectators along the course, it was a great experience. While the second loop of the course is rather lonely (most of the spectators who were there for the half-marathoners have gone home), it is a scenic course. I don’t blame my race performance on the weather, on the hills, or on my level of effort. There is simply no supplement for adequate training. Missing 2 months (or about 400 miles of training) certainly does not help. My chiropractor said during my recovery appointment that I had lost a good amount of mass in my calf/leg muscles since my initial consultation due to not running. The next stop for me is physical therapy, where I will regain the strength that I have lost over the past two months and set me on the road to long-term health and running success... while pushing a stroller.

Running has always been an important part of Chris' life. He started running in high school, ran cross-country and track for Nazareth College, and has been an active marathoner since 2010. After helping pace a friend in 2013, he was inspired to earn his professional coaching certifications from the Road Runners Club of America, USATF, and be a student of the sport. 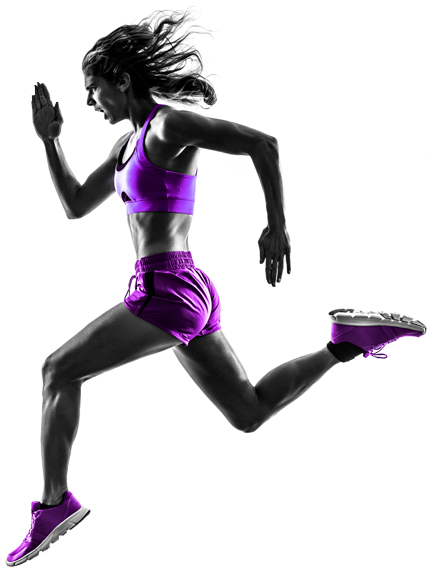 Be the first who signs up to our latest news & promotions with your email: